The importance of being able to go with the flow became very apparent to me last week, when at 9PM on the day before I was supposed to hike into a remote base camp in the Sothern Purcell mountains of BC, our plan changed dramatically due to weather. We hatched our decision to bail at 9PM, and by 6AM we had changed course to go climbing in southern California in search of perfect granite multipitch climbing. 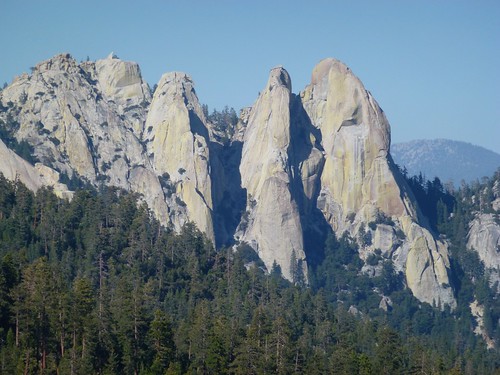 My partner for the trip, David Lussier of Summit Mountain Guides in Nelson BC, and I had secured a week out of our busy schedules and we were both super keen to make the most of our time. We decided that if the weather in BC sucked, that we would find good weather even if we had to go far a field. I had always wanted to check out the high sierra in California, and David was keen as well. We flew into LAX, and 4 hrs later we were hiking in to climb at the needles (super high quality granite domes tucked away in the backwoods of the sierra).

The needles are a very interesting climbing area, as it's an area that lacks easily available information and most importantly a guidebook. We found barely enough information online to go, and once we arrived we were able to ply the locals for more beta and route info. One of the first characters that we ran into was Mike, who seemed to be a doyen of the area and would lay down sage advice such as "fast in the sun, slow in the shade" on a regular basis. David and I were able to climb two classic routes (thin ice, and Atlantis) on the east face of the sorcerer, as well as spooky on top of the charlatan. I have to say that the needles has probably the highest quality granite I have ever had the pleasure of climbing. The rock is super grippy, solid and STEEP! 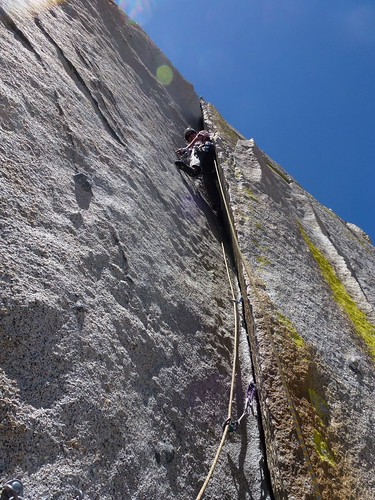 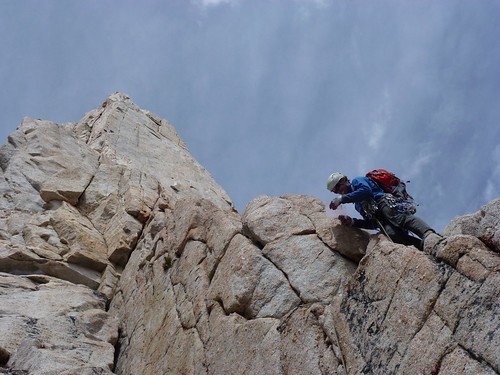 8 (Large)8 years ago ago by G3 Genuine Guide Gear.

Next on our checklist was to try to climb a high sierra route, and the peak that jumped out at us was the Keeler needle directly next to Mt. Whitney (14,400ft, 4400m) California's highest peak. I was super intimidated by the route, as it looked quite long and hard with multiple 5.10 offwidth cruxes. David was optimistic and remained fixated that it was the most beautiful feature in the valley, so why not climb it. Somehow his optimism rubbed off on me, and at 3AM the next morning we were awake to give it a try. It turned out to be an awesome route up an awesome feature, but we both felt the altitude while wrestling with the wide cracks en route. We topped out @ 6pm and were  back in camp just after 9PM happy to be sleeping at our camp rather than on the wall. 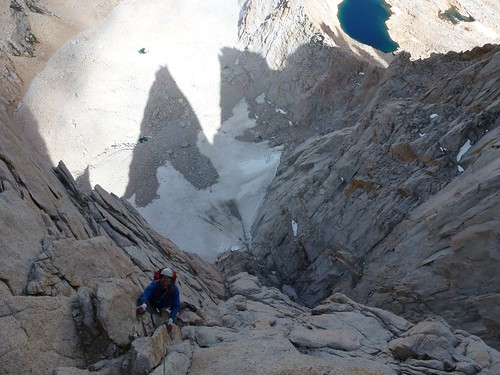 We spent the remainder of our time at Tahquitz /Suicide rock before embarking on the most dangerous part of our trip, fighting our way through LA on 6 lane freeways at top speed!

ps. there's some great info for climbing at the needles at the following websites: