It's a tricky time for those desperate enough to want to get some early season turns. Ski season in the northern hemisphere has not yet arrived, and it's getting late in the Southern Hemisphere. Challenges aside, I set off with some friends in search of an early season ski fix by doing a day trip up to the Valhallas. We set the goal of reaching the col between Mt. Gimli and the Niselheim, and considered getting any turns at all as bonus. It was a beautiful hike up to the alpine with fall colours in full effect and a cloud hanging in the valley. I was stoked to be out on the ONYX again with the new ski brake! 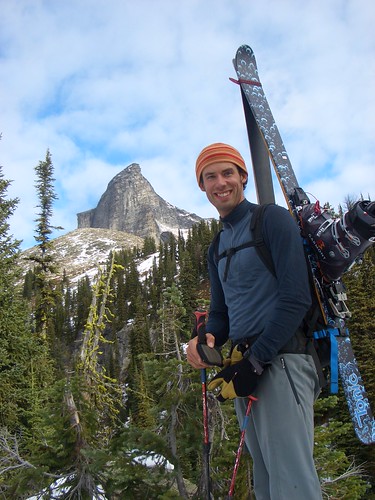 Cam with Gimli in the background10 years ago ago by G3 Genuine Guide Gear.

Reaching the snow, we were pleasantly surprised to be able to don our skis and skin up a section to the base of Mt. Gimli. 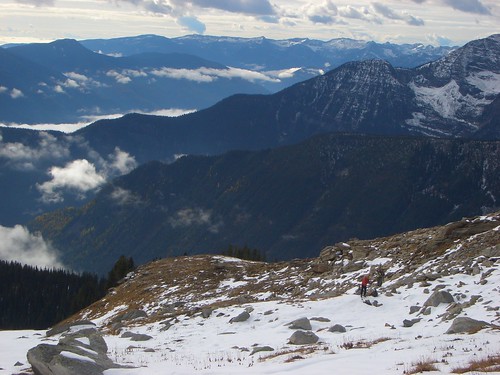 putting on the skins10 years ago ago by G3 Genuine Guide Gear.

We then skirted around the west flanks of the peak and reached the col where we got a great view of a snowy Mulvey Basin. 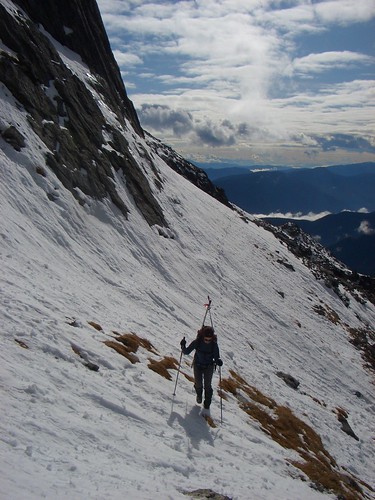 Anne skirting around the base of Gimli10 years ago ago by G3 Genuine Guide Gear. 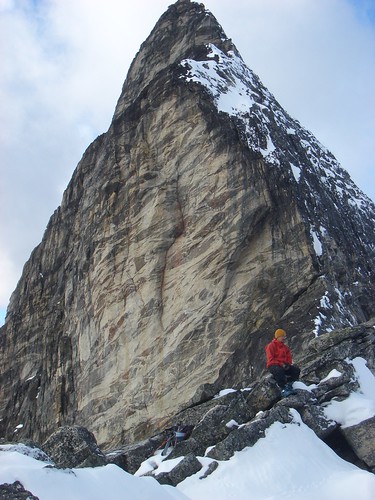 Louis enjoying the view10 years ago ago by G3 Genuine Guide Gear. 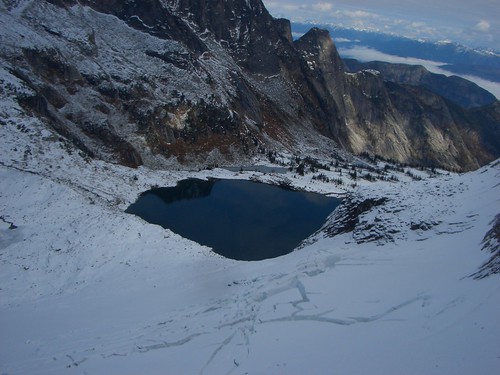 a peek down into a snowy Mulvey basin10 years ago ago by G3 Genuine Guide Gear.
Although the snowpack was thin, it was hanging around on the north faces and i'm certain that it won't be too long before the season will start (ok...that's a bit optimistic).

Turning around, we managed to find a decent patch of snow on top of some grass which we were able to glean some turns from. I'm glad we managed to get some turns, but it was great to be out in the alpine regardless.

get out there...see the link below for inspiration