The following trip report comes from G3 ski ambassador Gabi Voide about a recent adventure to ski in Greenland: As a mountain guide I try to keep my clients over periods of years. And with a recent group I was really lucky. I have guided them since I started to guide 10 years ago. Every year, we do a couple of weeks ski touring and always focus on a different spot. We have been to Norway, to the Caucuses and to many different places in the Alps. But this time we really had a blast in Greenland. 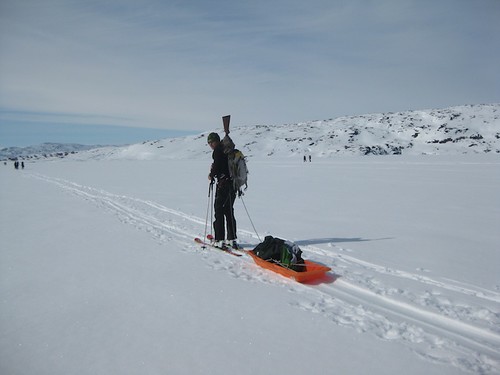 Greenland ski touring 2011-69 years ago ago by G3 Genuine Guide Gear.I managed to take my parents with me so it was also a bit a family adventure. Of course the whole family and almost the whole group was on G3 skis.We didn't know how it would be in Greenland because there's not a lot of information about the place we wanted do go. So it was for me as a guide and for the clients really exciting. 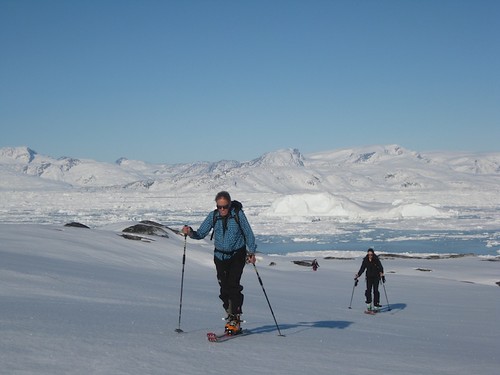 Our trip start from Switzerland over Denmark and on the next day to Kulusuk in Greenland. Kulusuk is a small village with around 200 people. Here is the only flat piece of land for an airport. After that, we took a helicopter to Tasiilaq. Tasiilaq is the biggest village in Greenland with 2,000 people. They live in little wooden houses without running water. Tasiilaq is the starting point for almost all the Greenland expeditions so it's also called the "end of the world." 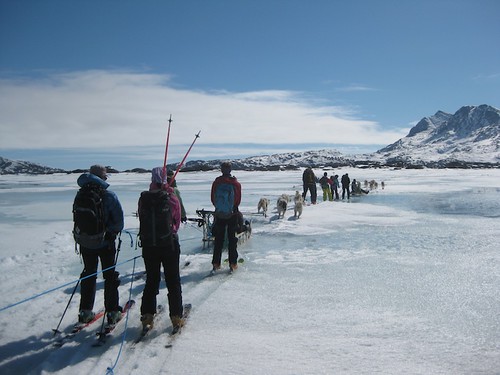 The next day we went to Tiniteqilaaq, a small hunter village with around 100 people. To go there we took four hunters with dogsleds to carry all the gear. This was the only stormy day of our trip. It was snowy the whole day. It was quite a fight through the arctic winter! For the uphills we helped the dogs to pull the sleds and on the downhills we where skiing beside them. We were really happy the dogs knew the way so well. 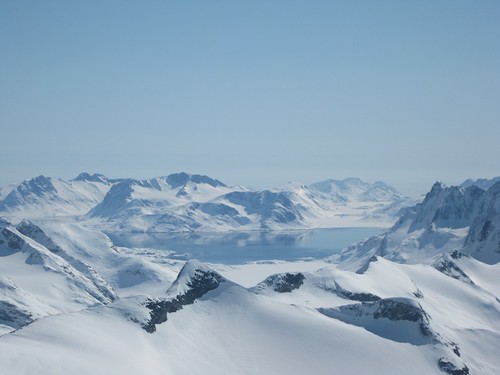 The weather forecast for the next days was bad. They said it will bring the famous storm from the ice cap, the Piiteraq. But the next day we got up and there was not even one cloud and no wind!! And it stayed like this for the whole trip. We did an amazing ski t our around Tiniteqilaaq. For me it was the best play ground for ski touring I have seen during my young guiding time. We got up every morning at 5 a.m. The sun is already shining at this time of the year. At 6 p.m  the hunters brought us with the dogs over the long fjord to the base of the mountain I chose for the group, so we could start the uphill quite fresh. The ski tours where really interesting and the view from the summit unbelievable. To reach the summits we had to climb a little bit with the ropes which made the adventure perfect.The ski tours we did where between 1000 and 2000 vertical meters a day. So we where really happy the hunters brought us back with the dogs. Just one day he broke his sled and we had to walk back for 20 km after quite a long day. But all of my clients and even my parents enjoyed it to walk in this huge silence and in the unique nature of Greenland. 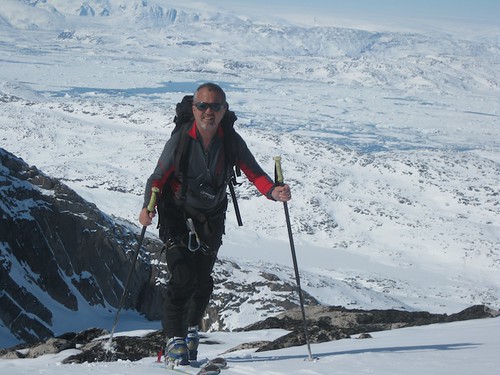 Greenland ski touring 2011-89 years ago ago by G3 Genuine Guide Gear.The last days  in Greenland it started to be a little bit spring-like. To cross the fjord started to be more and more a challenge. To cross it In the morning it was OK but In the afternoon when the ice was smooth we had water over the skiboots. But this is also part of the adventure. If you don't give something you will never get something. 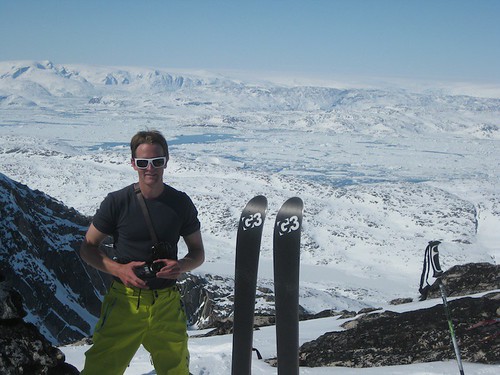 Greenland ski touring 2011-39 years ago ago by G3 Genuine Guide Gear.Just on the day we had to fly back the weather turned bad. So our plane could not fly with the bad visibility. We had to wait four days until we could fly out. These days we were able to speak a lot with the locals about their life and of course get info for other ski trips.Special thanks to all the members of the trip and of course to G3 for the great gear, which makes a guide happy... 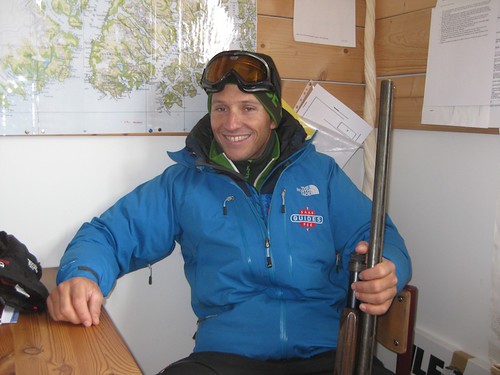