As the spring seasons arrives with longer days, better snowpack, and good clear weather, I thought I'd start sharing some trip ideas with G3 readers. First up... the Forbidden Ski Traverse in North Cascades National Park. We did it back in 2009 and it's still fun to look back on.

Not wanting to sleep in and miss the early morning start, we left at 10pm and picked up Sky at 11pm in Vancouver en route. Having just ridden public transit with all his climbing and ski gear, he was stoked to see us and we were on our way. By 12am we were in Burlington, Washington, where Andy and I did the ski partner swap. We met Pablo from Ecuador who was joining us on the Forbidden tour, and left Sky in Burlington, who funny enough was meeting “Dansanity” in the same place. They were off to ski Liberty Ridge on Mt Rainier. We had other plans. So off Andy and I went down highway 20 to the North Cascades National Park, where our journey began at 2100ft. These one day endurance marches are always an adventure, especially in an unfamiliar area. With no sleep, I admit to being tired and nervous about the route. Add the addition of a new member of the team, who we just met in person a few hours ago, and you've got a recipe for some team anxiety.

The Forbidden Ski Traverse is a pretty involved trip, especially when trying to get it done in one day. Despite the one day push, we still had to pack our bags for a two or three day trip in terms of food and sleeping gear. Safety first! 16 hours later, 10,000ft of climbing and 22 miles of rugged mountain travel, we were done!

Thank you to Ben at Pro Guiding for the warm meal at the end. 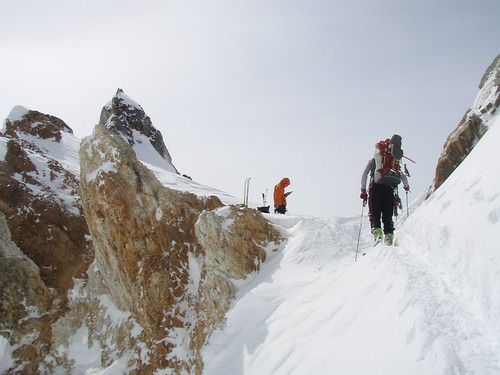 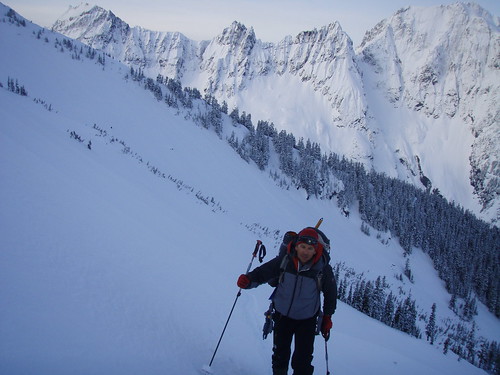 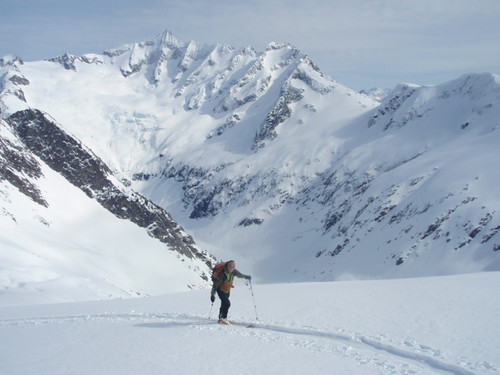 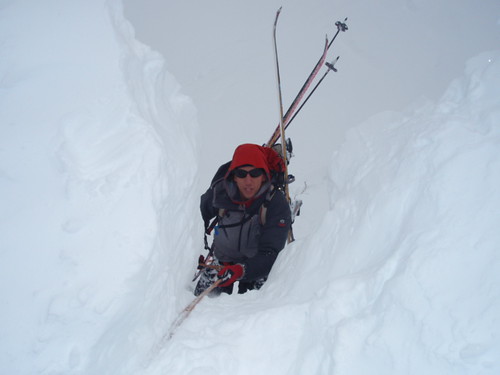 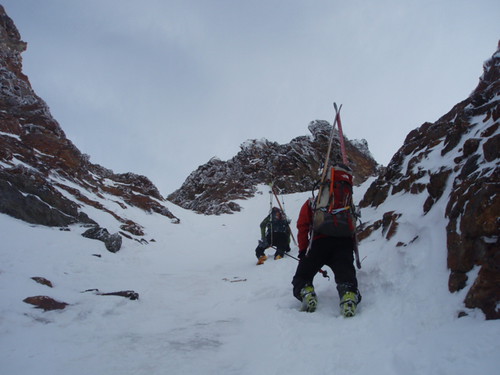 Maps = Forbidden PEAK. Eldorado- Cascade pass. They sell them at REI in Bellingham.

If done in four days….

Day 1 Tour to Quien Sabbe glacier via cascade pass or Diamond Mine road. Camp at or near the Sharkfin col 6500ft to 7000ft.

Day 2 Traverse the Sharkfin Col in the am. Then ski the Boston Glacier under Forbidden glacier hopefully in good visibility. Find a small notch, then ski a 3500ft descent to Moraine Lake. Set up camp two. Wow what a descent, good route and glacier skills required, and some luck?

Day 3 Ski early across moraine lake where it meets inspiration glacier, now you get a view of Austera peak. Camp at Klawatti col.

Note: you must have stable avalanche conditions because ski traverse goes around very steep slopes!

Hailing from G3's backyard in North Vancouver, BC, Mike Traslin has been deep in the mountains for decades, summer or winter, on skis, feet or wheels. On snow he raced for the Canadian Ski Mountaineering team for 9 years, qualifying for the World Championships in 2008 and 2010, and landing on the Alpental Ski Mountaineering podium 6 times.